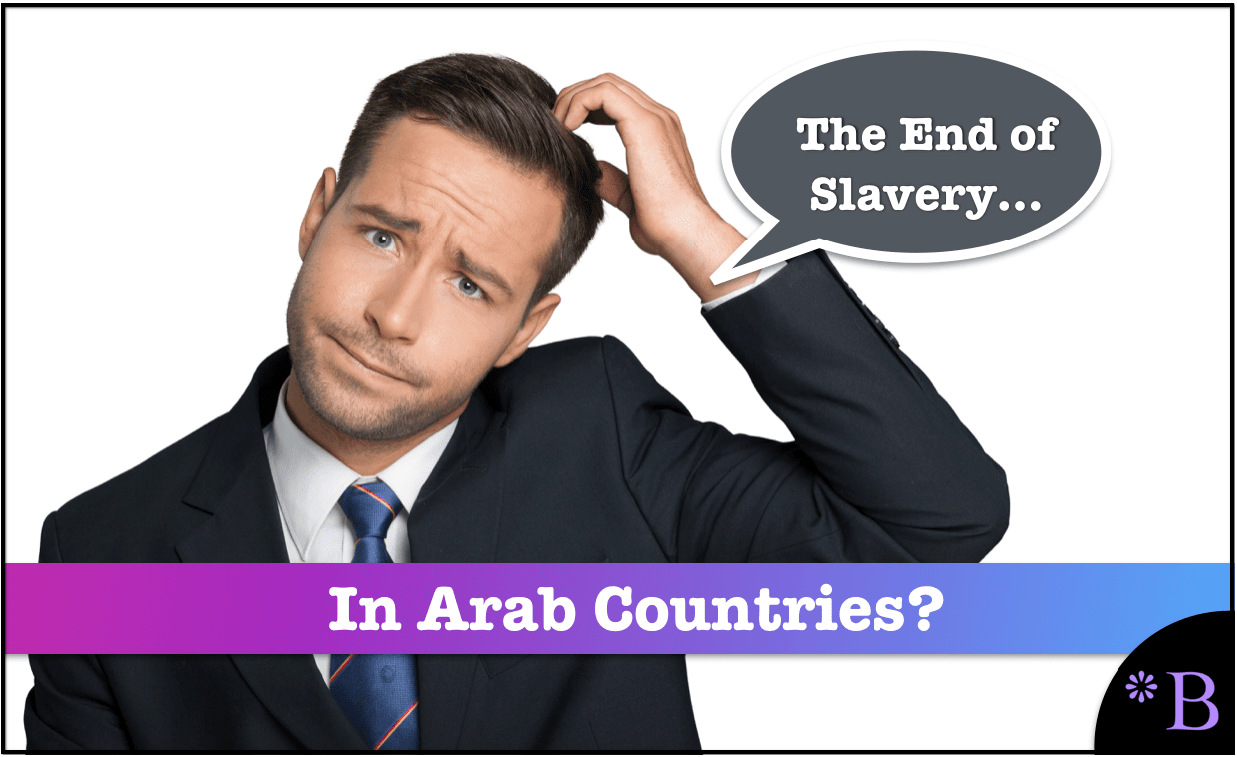 There are many books and movies and overall coverage of the abolition of slavery in the US. However, the abolition of slavery in Arab countries, where most people are unaware that slavery persisted for over a thousand years, is nearly never discussed. This is true even though Arabs continue to practice slavery or borderline slavery to this day. In this article, you will learn about something which is very rarely the subject of media coverage, documentaries, etc.., which how Arab societies never rejected slavery.

If at any time you want to see our references for this article and also other Brightwork related articles see this link.

Arab Slave Trading after the British and US Abolition of Slavery

The following quotation explains that slavery continued as it had for over a thousand years after the war had been fought over slavery and after an enormous debate in European countries and the US about slavery.

“Where slavery had been abolished by the early 1870s, Arab dhows were furtively moving out of Zanzibar, Mombasa, and other East African ports, following the familiar Indian Ocean routes for consignment of “ebony.” The masters of these fast lateen-rigged ships, which were methodologically packed in sardine-line fashion with men, women and children, maneuvered skillfully in evading the small force of British sloops charged with the impossible mission of interdicting this illicit traffic. The blacks caught up in this trade were fated to be sold in the slave markets of Arabia, the Persian Gulf, the Ottoman Empire, and India.” – Slavery in the Arab World

The Indifference of Arabs and Arab Countries to Slavery

In addition to taking far more slaves than the Atlantic Slave Trade, Arab slavery essentially never ended. The Arab areas never went through any enlightenment where there was a consensus that slavery should end. Arab countries never started a war, that was at least in significant part based upon disagreements over the continuation of slavery.

“While Christian Reformers spearheaded the antislavery abolitionist movements in Europe and North America, and Great Britain mobilized her Navy, throughout most of the 19th Century, to intercept slave ships and set the captives free, there was no comparable opposition to slavery within the Muslim world.

And it is not at all clear that the vast majority of Muslims oppose slavery today.

Oddly, Christians would oppose slavery, as the Jewish Torah, the Koran, the Christian Bible supports slavery. Therefore, Christian “values” are much like Jewish or Islamic values — their original documents consider slavery entirely natural.

It is common to try to localize negative Muslim beliefs as held only by extremists. However, the Gulf countries are all firmly involved in slavery. And Muslims have done either nothing or so close to nothing as imperceptible to try to eliminate slavery. As with most criticism of Islam or Islamic societies, Muslims spend most of their time lying about the reality, or threatening those that point out these issues, or accusing them of “Islamophobia.”

“By some calculations the number of victims of the 14 centuries of Muslim slave trade could exceed 180 million. Nearly 100 years after President Abraham Lincoln issued the Emancipation Proclamation in America, and 130 years after all slaves within the British Empire were set free by parliamentary decree, Saudi Arabia and Yemen, in 1962, and Mauritania in 1980, begrudgingly removed legalized slavery from their statute books.” – Original People

“And this only after international pressure was brought to bear. Today numerous international organizations document that slavery still continues in some Muslim countries.

Reports on slavery in Sudan, Mauritania for instance needs looking into. Recently, a former slave from the Nuba Mountains of Sudan, Mende Nazer, had her autobiography: “Slave: My True Story” published. Mende Nazer was an alleged slave in Sudan. She was made famous by her transfer to England to serve a diplomatic family.” – Original People

Are Arab countries chastised in the international media for their stance on slavery?

Slavery is still taboo to Arabs, with many Arabs having no idea that their ancestors were history’s great slavers. This is explained in the following quotation.

This video does a good job of explaining the 1300 year Arab slave trade that continues today. Most Arabs do not want either Arabs or non-Arabs to know about this history.

“To many Arabs, the issue of slavery is a source of discomfort. To speak out against it would be to impugn the tenet of Koranic law; to condone slavery would give offense to Africans whose ancestors and not-too-distant relatives in recent times fell victim to Arab slave traders and their agents. As a result, they instinctively keep silent on the subject.” – Slavery in the Arab World

Arab Slavery Continues to This Day 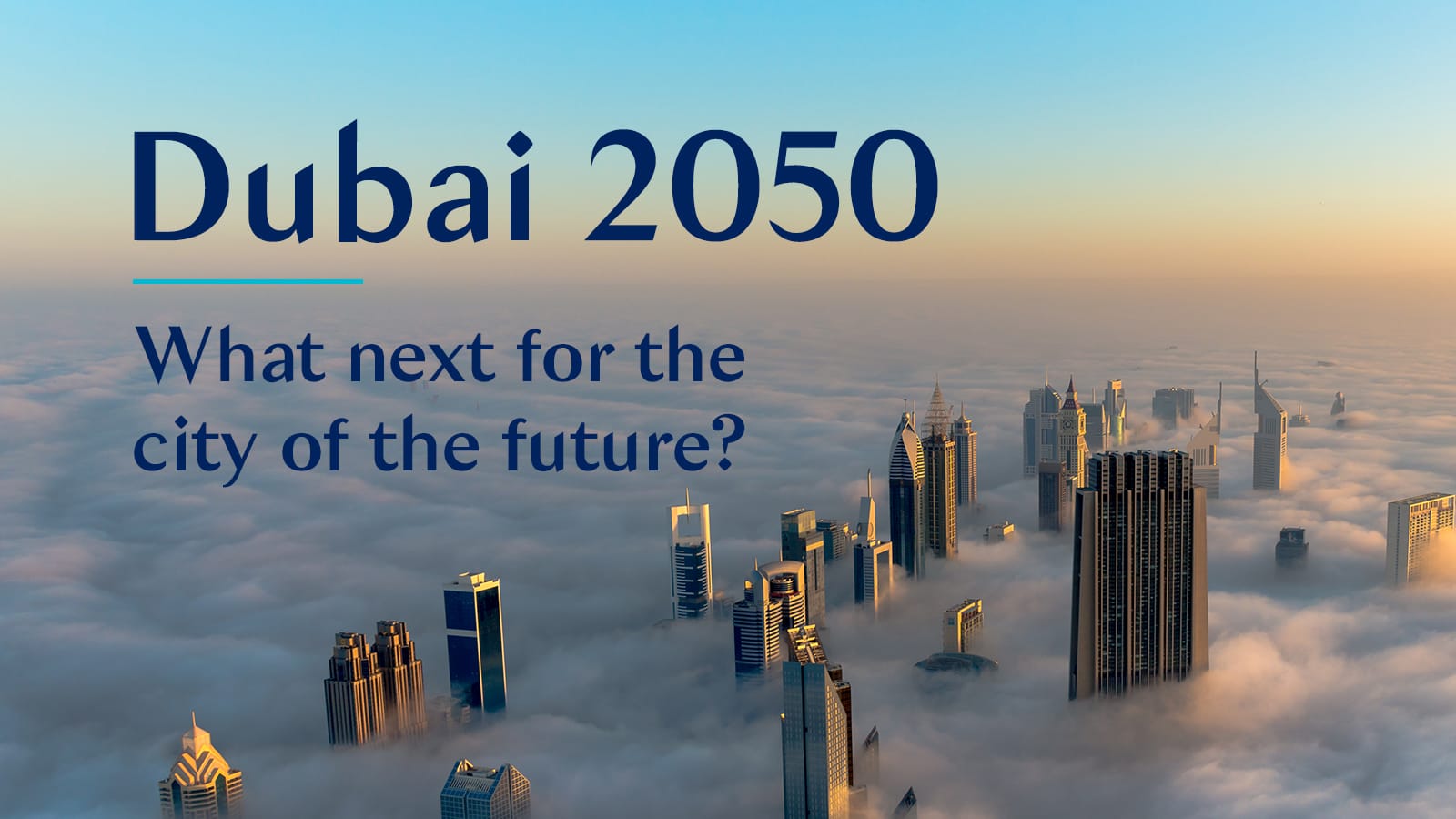 Dubai has mostly been built with Indian slave labor. These slaves or coolies are apparent from simply visiting construction sites in Dubai. The workers live in the buildings they are constructing.

The current labor practices in Arab countries show that slavery or near-slavery is alive and well.

There are an estimated 1.8 million migrant workers already in Qatar, with 600,000 Indians and 500,000 Nepalese making up the largest number, followed by those from other south Asian countries. 2.1 million. Total number of migrant workers in Qatar. 60% of Qatar’s population live in labour camps, the overwhelming majority single men from south Asia

7,000 The number of migrant workers who will die on World Cup-related projects by the time the 2022 tournament gets under way, according to the International Trade Union Confederation. – The Guardian

This means that the vast majority of people in Qatar are working in near slave conditions.

Al Jazeera is based in Qatar and is entirely funded by the Qatari government. This video shows workers working in slum conditions and being paid $190 per month. These men have to send money home to families in India. The men cannot return home as they lack the funds; they often have their passports taken from them. And late payment by months is widespread in Qatar. And withholding wages is an enormously powerful control as works cannot leave their employer in Qatar. They are sponsored by and therefore owned by their employer.

They can’t leave Qatar without their employer’s permission and cannot switch companies, and then cannot do anything if the employer decides to pay them late or not pay them. There are ways to filing a complaint with the Qatari government. Still, the Qatari government is primarily seen as not caring what happens to migrant workers, and the employer can further retaliate against the worker for doing this.

While not technically slaves, they are slaves.

Philippino maids are frequently raped without repercussions. Rape by Qataris of migrant labor is allowed by the government. Philippino maids can be murdered with impunity. The Qatari government does not consider migrants to have legal rights.

Arab countries, particularly the Gulf countries with enormous wealth, put into place conditions that reinforce slavery. They often have laws that try to signal the outside world, but they don’t enforce those protections against slavery.

Now let us compare how Qatar rates against the Global Slavery Index. 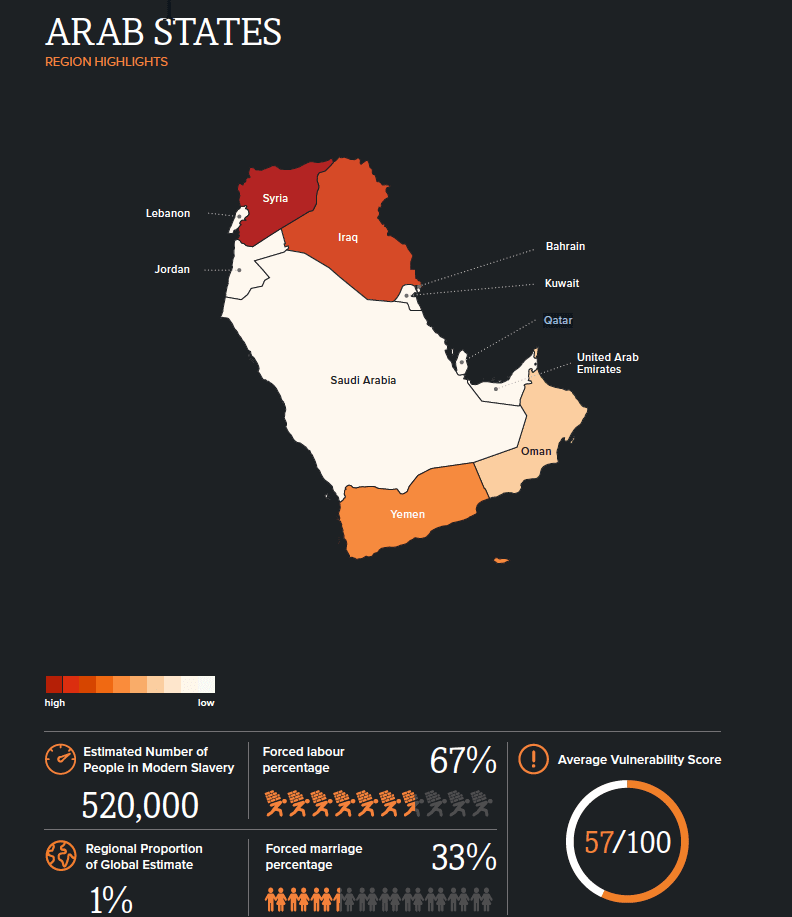 This indicates that the Global Slavery Index measures people how are technically slaves rather than slaves.

The issue just in the Arab states shows that this figure is entirely understated. By our estimate, at least 60% of Qatar are slaves.

Other Arab countries have the same issue.

According to Human Rights Watch, foreigners make up 88.5 per cent of United Arab Emirates citizens, with low-paid migrant workers being “subjected to abuses that about to forced labour”. While exact figures are not known, it is estimated that there are three million of these workers in the UAE alone. – News AU

Before Indian (or Nepalese or Pakistani) workers even arrive in Arab countries to work as slaves, they are exploited by middlemen who lie to them about their pay and conditions in the Arab states. These middlemen are primarily based in the home countries.

Thapar demands £100 from each worker who secures a job through the agency he deals with in Jalandhar, which provides him with daily updates on the types of workers it requires. Village recruiters usually charge about £50. The main agencies demand between £400 and £800. The result is that workers can end up paying up to £1,000 or more in illegal commissions.

“I don’t care what happens to them once they get to Qatar,” Thapar says dismissively. “I just send them to the big agents in Jalandhar. I just feed the monster.”

In the village of Langroya, 10 minutes away from Nawanshahr, Arvinder Kumar, 25, is one of scores of young men eager to go to Qatar. He now earns £50 a month as a plumber and has been offered work by a recruitment agency promising him more than £350 a month. In return, it is demanding £500 commission.

Kumar is well aware of the pitfalls. His cousin Jaswinder recently returned after two years in Qatar. A qualified electrician, his contract said he would be paid £400 a month but he received just over half that. He stayed because he had a loan to pay off and because his salary was still six times more than what he earned in India.

Campaigners claim that one of the main reasons why south Asian governments are reluctant to enforce existing laws or complain about how their citizens are treated in Qatar is because they are desperate for them to find work due to high unemployment. Migrant workers also play a crucial role in the economy. According to World Bank figures, last year Indians sent home almost £55bn, the bulk from the Gulf region, while foreign remittances account for almost 30% of Nepal’s gross domestic product.

In response to mounting pressure, Qatar announced a number of reforms last December heralding that it had ended the kafala system. The government said at the time that it was committed “to the development of a labour system that is fair to employers and employees alike. These legislative changes, combined with ongoing enforcement and a commitment to systemic reform, not just in Qatar but also in countries of origin, will ensure workers’ rights are respected across the entire labour pathway.” – The Guardian

How is Your Knowledge of Slavery Geography?

There are only a few books written on Arab slavery, and the slavery that occurs in Arab countries today is denied. The Arab countries are now slave states where vast numbers of heavy labor from the poorest regions of Asia are treated as slaves, although they are paid their work. However, the pay is so low. It is a little different from slavery.

[wpgenially]https://view.genial.ly/5f205bb901c9cf0d4a407b01/horizontal-infographic-diagrams-our-research[/wpgenially]
Donate
You cannot copy content of this page