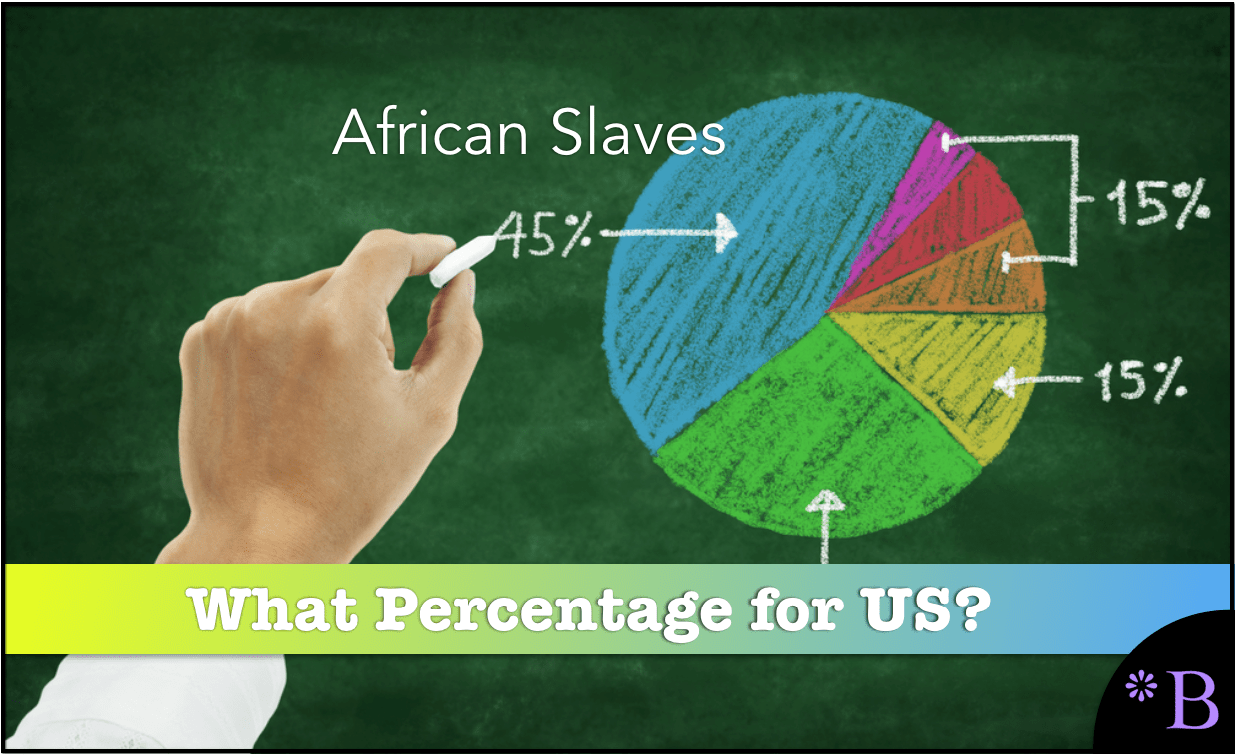 *I seem to get this question around once per week therefore I will answer it here. The 3% of slaves that were transported from Africa to the US came from the West Coast of Africa, which is modern-day Senegal, Sierra Leone, the Ivory Coast, Gambia, Guinea Bissau, and Equatorial Guinea. The reason for this was the slave traders were looking for the shortest route from Africa to the US.

From the source Slavery Site, which was the best online records I could find, I have created the following table, which shows where African slaves were sent.

Where Did Slaves Go To

This is documented in the table below:

What was the total number of slaves taken and transported by Arabs and Europeans?

*This 80 Million figure from Atlanta Black Star (this number is also contested. Previously the site reported a significantly higher figure, but the site that supplied that figure is no longer active. At 1200 years of active slave trading, 80 million only comes to 66,666 slaves taken per year. And recall that with such a high loss rate, 66,666 slaves transported, would have only delivered around 10,000 slaves. For an activity to go on for 1200 years, and to only deliver 10,000 slaves, seems quite low. Arab sources do not estimate the number of slaves, and European sources are so politically correct that they understate the number of slaves. Some estimates are at around 20,000,000. But this would only have delivered 2,500 slaves per year (following the math from above).

How is Your Knowledge of Slavery Geography?

Finally, this focus on the Transatlantic Slave Trade and the fetishization of white on black slavery blinds us to the fact that slavery is still with us. According to the Global Slavery Index, there are 46 million slaves in the world presently.

This is the GSI’s index of slavery. The strongest regions of slavery are not those countries that were part of Transatlantic Slave Trade. However, slavery is still a massive problem in Africa and in the Middle East and India. But the slavery that is a focus is the slavery of several hundred years ago, and least consequential slavery (numerically at least), which is whites owning blacks.

The Reality of Slavery

People that like to use slavery as a backstop for anti-white arguments do not want you to watch this video.

We received feedback from some blacks that they did not like this article because it proposed that Africans were part of slavery — and they would like it if the focus of slavery is where it belongs, which is only on white participation. We cover this in the article How Making False and Selective Claims is Part of a Scam by Black Americans.